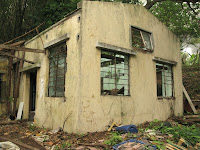 A banyan tree grows beside a house. One of its branches extends over the house. An aerial root drops onto the roof, and crawls over the side of the house. Once it touches down on the ground, its growth accelerates. The aerial root thickens, spreads, and strangles the house. 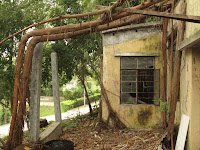 Eventually the house is abandoned. The house collapses, leaving the banyan standing over the collapsed house. 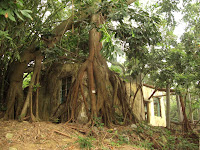 It is kind of cool, where is it?

Good answer back in return of this query with solid arguments and telling the whole thing on the topic of that.